12 Hot YA Novels to Read Before They're Movies

(from buzzsugar.com
by Shannon Vestal) The recent trailer for If I Stay reminded us of how much we love YA novels — especially those that become movies (and make us cry buckets of tears). There are a ton of young adult novels in development right now, so check out what you should be reading before the adaptations hit the big screen!

The Giver by Lois Lowry 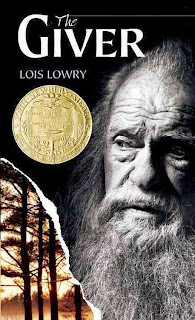 What it's about: A young boy named Jonas gets the task of being the new "receiver of memory," who keeps society's past memories, but meeting the previous receiver — "the giver" — makes him conflicted.

Watch the trailer for The Giver.


The Fault in Our Stars by John Green 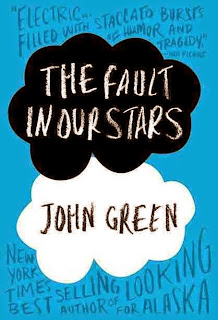 What it's about: A teenage girl, Hazel, fights terminal cancer and falls for Augustus, a boy who also has cancer.

Who's starring: The cast of The Fault in Our Stars includes Shailene Woodley and Ansel Elgort as the leads in the film adaptation.

Watch the trailer for The Fault In Our Stars.


The Maze Runner by James Dashner 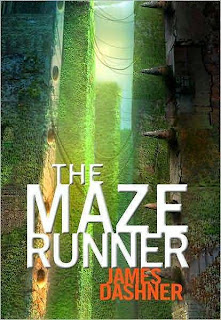 What it's about: The first in a young adult trilogy, the sci-fi book follows a young protagonist, Thomas, as he navigates a fantasy world called the Glade. With a group of other boys, they must solve the mystery of the maze they're in while dodging monsters and other danger.

Watch the trailer for The Maze Runner. 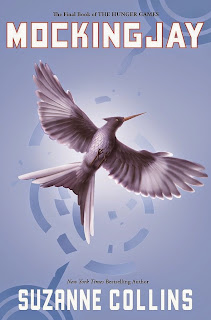 What it's about: In the third Hunger Games book, Katniss fights against the corrupt Capitol from within District 13.

Who's starring: Jennifer Lawrence and other franchise cast members will reprise their roles in the first half of the adaptation. See the whole cast here. 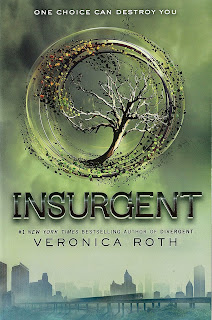 What it's about: In Roth's follow-up to Divergent, Tris and Four leave the crumbling Dauntless and seek help to get to the bottom of what's going on in their dystopian society.

If I Stay by Gayle Forman 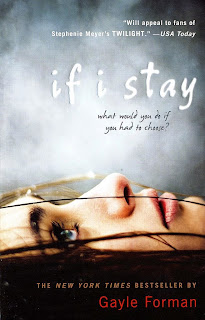 What it's about: This novel follows a young girl who's been in a terrible accident. After the trauma, 17-year-old Mia can't remember what happened, but she slowly tries to put all the pieces together in her mind.

Who's starring: Chloë Moretz is starring as Mia in the film adaptation.

Watch the trailer for If I Stay.


Thirteen Reasons Why by Jay Asher 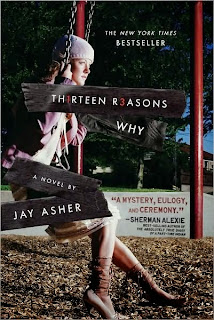 What it's about: In this heart-wrenching novel, a boy comes home to find a box of tapes recorded by his classmate and crush Hannah, who has recently killed herself. She lists 13 reasons why she did it, which include his actions.

Who's starring: Selena Gomez has signed on to star as Hannah.


Where Rainbows End by Cecelia Ahern 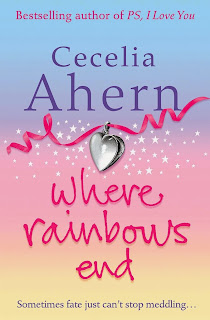 What it's about: Childhood best friends Alex and Rosie are separated as teenagers when Alex's family moves from Ireland to America. Rosie feels lost and plans to join him in Boston, but a surprise pregnancy keeps her tied to Ireland, and they struggle to navigate true love.

Who's starring: Lily Collins and Sam Claflin will star in Love, Rosie, the film adaptation. 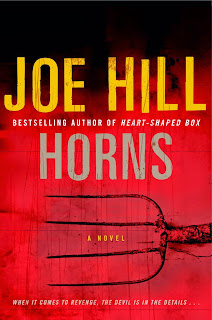 What it's about: In this dark fantasy, a 26-year-old awakens after the rape and murder of his girlfriend to find a pair of horns on his head.


Why We Broke Up by Daniel Handler 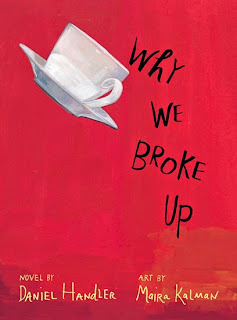 What it's about: The author of the Lemony Snicket series, Daniel Handler, takes on high school romance in this chronicle of the relationship between bookish Min and Ed, the popular captain of the basketball team. If you can't guess, they broke up.


The Sky Is Everywhere by Jandy Nelson 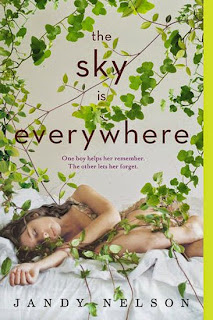 What it's about: In Jandy Nelson's tear-jerking novel, 17-year-old Lennie deals with the fallout around her after her older sister passes away from a heart attack.

Who's starring: Selena Gomez's production company has optioned the book, and Gomez will star as Lennie. 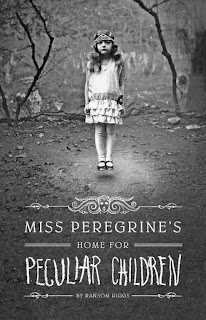 What it's about: In this YA novel, a teenager named Jacob explores the ruins of a strange house on an island near Wales, UK.

Who's starring: The movie hasn't been cast yet, but Tim Burton will direct the film.
Posted by Mollydee55 at 8:56 AM