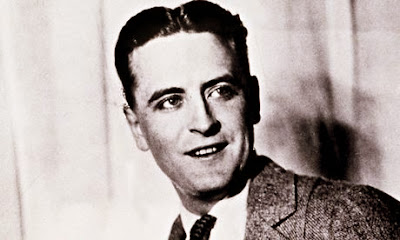 From sexual innuendo to antisemitism, a wealth of censored material that was sliced out of F Scott Fitzgerald's short stories by newspaper editors is being restored in a new edition of the author's work which presents the stories in their unbowdlerised form for the first time in almost 80 years.

The stories in his fourth collection, Taps at Reveille, were written by Fitzgerald for publication in the Saturday Evening Post during the late 1920s and early 1930s – a time of debt and personal difficulty for the author, who would die in 1940 at the age of 44. Close study of the final, messy typescripts, complete with handwritten revisions, that Fitzgerald sent to his literary agent Harold Ober show significant differences between what The Great Gatsby author intended to be published, and what the Post – keen not to offend its middle-class readership – actually released, with any sexual innuendo eliminated, almost all profanity cut out, as well as any passages touching on racial or ethnic prejudice, drunkenness or reference to drug-taking.

In the original story Two Wrongs, for example, the unpleasant protagonist Bill describes someone as a "dirty little kyke", an insult which is cut from the published edition. Another scene in the story shows Bill's wife getting undressed and having a bath after ballet practice, with the scene changed in its published version to see her fully clothed before her bath. In The Hotel Child, a reference to the Marquis Kinkallow "surreptitiously feeding a hasheesh tablet to the Pekingese" was also removed from the Post's version, with other cuts including removal of profanities such as "Get the hell out of here!" and slang ("broads" for "girls"), and changing the slur "Sheeny" to "Jewess".

The new edition of Taps at Reveille, the latest volume of The Cambridge Edition of the Works of F Scott Fitzgerald, restores Fitzgerald's original prose in these and other stories, and is published this week by Cambridge University Press. "Major" changes have also been made to the story seen by many to be Fitzgerald's masterpiece in the genre, Babylon Revisited, said CUP. General editor James West, Sparks Professor of English at Pennsylvania State University, believes the edition is important "because we want to read what Fitzgerald wrote, not what the editors at the Post thought he should have written".

"Before these stories were bowdlerised, they contained antisemitic slurs, sexual innuendo, instances of drug use and drunkenness. They also contained profanity and mild blasphemy. The texts were scrubbed clean at the Post," he said.

"Two Wrongs", according to West, "now makes much more sense", with Bill "punished more justly for his wrongdoings – his antisemitism and his reprehensible treatment of his wife". And in The Hotel Child, West says that "the decadence of several of the characters is revealed more clearly because of their alcoholism, drug use, and prejudice".

"More generally, in all of the stories, the characters use the profanity, mild blasphemies, and slang words that Fitzgerald wanted them to use. They speak like real people," he said. "One of the commonplaces of Fitzgerald criticism, for decades, has been that he avoided unpleasant topics and realistic language in his magazine fiction. We can see now that this was not altogether his choice."

West was clear that the new versions of the stories do not expose Fitzgerald as an antisemite: "the antisemitic slurs in these stories are spoken by reprehensible characters. These slurs are not spoken in Fitzgerald's authorial voice. It's the characters who are antisemitic, not Fitzgerald," he said.

Fitzgerald found the medium of the short story difficult, writing in his Notebooks that "the price was high, right up with Kipling, because there was one little drop of something not blood, not a tear, not my seed, but me more intimately than these, in every story", and telling Ober that "all my stories are conceived like novels, require a special emotion, a special experience".

He wrote 178 short stories in his lifetime, selling them for up to $4,000 to the Post and other magazines to support his family. "No purpose is served by criticising the Post for adjusting Fitzgerald's texts," writes West in his introduction to the new volume. "These were the rules of the marketplace: Fitzgerald, as a professional author, accepted them. The Post aimed for a broad middle-class readership and avoided potential offence to readers or advertisers. As Fitzgerald composed and revised, he included language or situations in his stories that he surely knew might be softened or deleted with the blue pencil."

Sarah Churchwell, professor of American literature at the University of East Anglia and author of the biographical study of The Great Gatsby, Careless People, welcomed publication of the new edition. "This is the version which Fitzgerald wanted to see the light of day, and it's really great news," she said.

She predicted that the changes would reveal Fitzgerald in a new light. "It will change how people think about Fitzgerald, particularly in his short fiction. He is seen as a very sentimental writer – even in his novels people think his greatest fault is when he crosses the line into sentimentality or romance and becomes less realistic," she said. "This shows that this was often not his choice."

The original editions of the stories, she said, "will give people the sense that Fitzgerald is actually a bit edgier, particularly in his later stories; that there is more grit in these tales than people think."

Taps at Reveille was Fitzgerald's fourth and final collection of short stories, and his last published book, released in 1935. "It's a short story shadow version of Tender is the Night," said Churchwell. "It's an important collection of Fitzgerald's fiction, and only one or two stories in it are very well-known. Hopefully this new edition will bring people back to Fitzgerald." 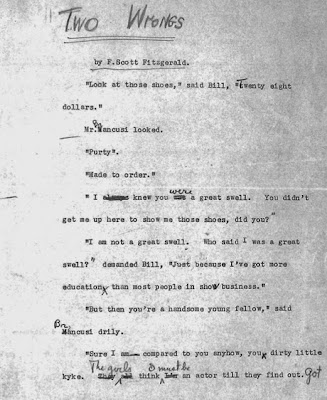