The only books that influence us are those for which we are ready, and which have gone a little farther down our particular path than we have yet got ourselves.
-E. M. Forster 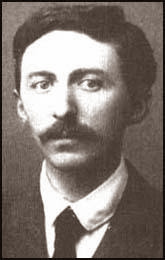 ALL THAT IS SOLID MELTS INTO AIR
by Darragh McKeon

This debut novel is set in 1986, the year of the catastrophe at Chernobyl, and that disaster serves as the dramatic backdrop for the unfolding of action and character.

First we meet Grigory Ivanovich Brovkin, a Moscow physician whose marriage to Maria has recently failed. Maria has a nephew, Yevgeni, her sister’s son, who, at age 9, shows great promise as a piano prodigy, though his poverty militates against his success. For example, except when he goes for lessons at the house of his teacher, Mr. Leibniz, he has no piano to practice on but only a keyboard that makes no sound. Despite his promise, Yevgeni occasionally (and understandably) loses heart, especially when physically tormented, as he frequently is, by his gym teacher and fellow students. After the Chernobyl debacle, Grigory’s medical skills are called on, for he must treat those who have been exposed to massive amounts of radiation. He feels dispirited by this as well as by official attempts to cover up the extent of the ecological and human disaster. McKeon takes the title for his novel from The Communist Manifesto, and everything solid does indeed seem to shift and evanesce as the events at Chernobyl reshape character and landscape. Eventually, Grigory pays a terrible physical price for his conscientious attention to duty, and Yevgeni, in a grace note of a conclusion set in 2011, receives a state prize for his virtuosity.

A leisurely paced novel intended for those who like serious and thoughtful fiction. 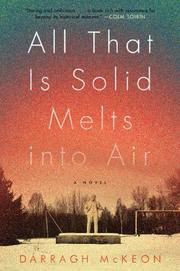 14 New York City Bookstores You Should Visit Before You Die
Posted by Mollydee55 at 4:12 AM