Third 'Sisterhood of the Traveling Pants’ Film In The Works: 'We are looking forward to continuing its legacy'

(from nydailynews.com
by Rachel Maresca) 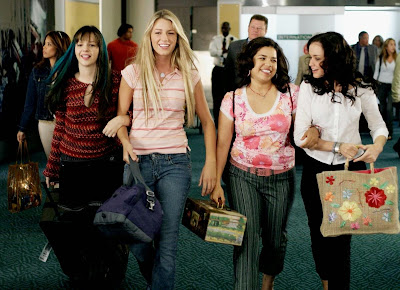 Left to right: Alexis Bledel, Blake Lively, America Ferrera and Amber Tamblyn starring in 'The Sisterhood of the Traveling Pants.'

The pants are back!

Alloy Entertainment is moving forward with a third installment to "The Sisterhood of the Traveling Pants" movies.

The film is set to be based on Ann Brashares's final book of the popular series, "Sisterhood Everlasting."

The actresses played the four best friends who pass around the magical pair of jeans in 2005 and then again for the sequel in 2008. 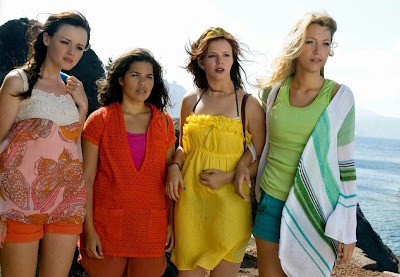 The gang together again in 'The Sisterhood of the Traveling Pants 2.


"The Sisterhood series is one of Alloy's most cherished properties and we are looking forward to continuing its legacy with 'Sisterhood Everlasting' nearly a decade after the first film was released," Alloy Entertainment's President Les Morgenstein said in a press release.

"The original film brought together an incredible group of talent who we hope to unite for fans once again."

There is no official word yet if Bledel, Lively, Ferrera and Tamblyn will reprise their roles as Lena, Bridget, Carmen and TIbby in take three.