National Poetry Month Poem of the Day: ‘Life May Have Begun More Than Once’ by Jynne Dilling Martin 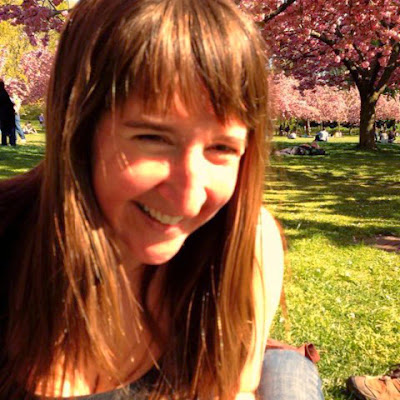 To celebrate National Poetry Month, Flavorwire is posting a poem a day throughout April. For today’s poem, we’re pleased to present you a poem by Jynne Dilling Martin. Dilling Martin, who recently finished up a six-week stint as the Antarctic artist-in-residence, can be found on Twitter and her Tumblr.

“Life May Have Begun More Than Once” by Jynne Dilling Martin

The spacecraft will exit the magnetosphere tomorrow;
the Soviet polar expedition is allotted a bimonthly bath.

Years before, an explorer halfway into A Broken Promise
abandoned the dog-eared novel in his reindeer skin sack.

Up north, herds of reindeer shake off snow and lift
antlered heads as a pinprick of light dissolves in the sky;

Dmitri Klimov emerges wrinkled, pink and howling,
numb from his icy dive. Back then you knew nothing:

now you know how to begin again. The geologist
kneeling on barren nunatak stuffs a briefcase full

of Antarctic fossils: insects, pollen grains, roots and fronds.
Meteorites are thought to have obliterated life

at least twice before our turn arrived. The seal is born
with her permanent teeth erupting from soft pink gums;

soon she’ll gnaw holes in sheets of unbroken ice.
How soon after birth will you first go into the water?

sang the priest as he baptized the child. Be here now,
chants Ram Dass in the headphones of the astronaut,

who takes a bite of dehydrated apple, flips a switch,
floats weightless to a window to watch our planet pass by.
Posted by Mollydee55 at 6:52 PM