(from usatoday.com
by Anna Clark) 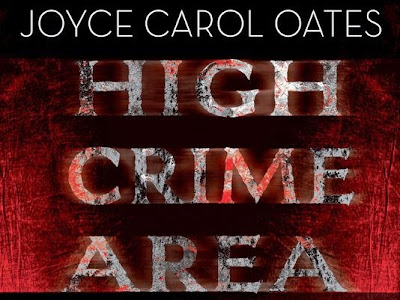 
Just two years after the U.S. Census marked Detroit's first-ever population decline, a young writer began her first teaching position at the University of Detroit. She and her new husband rented an upstairs apartment in Palmer Park, a neighborhood where they enjoyed taking long walks. She was 24 years old. A world of glittering possibility was laid out before her.

"Often I think about Detroit, which was the city of my young married life," Joyce Carol Oates said via e-mail. Oates, the author of more than 40 novels, is one of the most acclaimed writers of her generation. And the city of Detroit can take credit for inspiring part of her rich literary imagination, including her latest book.

The city was Oates' home when she published her first book in 1963 — By the North Gate, a collection of stories. She followed that up a year later with her first novel, With Shuddering Fall. And so began an unprecedented career in American letters, highlighted by the National Humanities Medal, two O. Henry Awards and a National Book Award. Much of her literary work draws from Detroit, the city she lived in and around for nearly two decades.

That era, said Oates, 75, was "a richly nostalgic time both for me and for the city itself, which was in a 'boom' phase at the time financially. Then, with the so-called riot of 1967, that era ended abruptly."

This month, Oates adds High Crime Area (Mysterious Press, $23) to her eclectic canon. The title story of the new collection is set on the campus of Wayne State University in April 1967 — "months before the explosive uprising," she noted.

High Crime Area begins on a note of paranoia and racial distrust: "One of them is following me. I think it must be the same (male, black) figure I've seen in the past. But I could be mistaken." Told in the voice of a fretful young woman who teaches a composition class at Wayne State and who has taken to carrying a handgun in her pocketbook, the story speaks not only to the state of fear that catalyzed the events of July 1967, but also, as Oates explained it, "a curious sort of bond between the races." The young white instructor is juxtaposed with her former student, a young black man who has been incarcerated, and as the two interact on the streets outside campus, they pretend not to notice the threatening subtext between them.

High Crime Area is hardly Oates' first venture into exploring Detroit's social and economic complexities in her fiction. Perhaps her most celebrated novel is Them, which won the National Book Award in 1969. Part of a loose quartet of books that centers on questions of social class, Them is a stringent look at impoverished life in Detroit. The multigenerational story follows three members of the Wendell family — naive and plucky Loretta, charismatic Jules and introspective Maureen — as they struggle to distinguish themselves from a landscape of viciousness and regret. 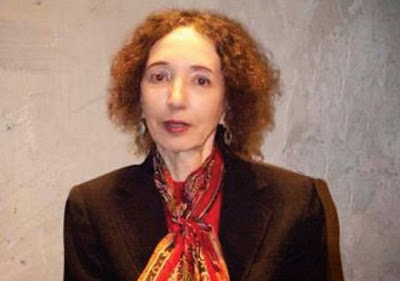 Author Joyce Carol Oates began her marriage and much of her formative writing career while teaching and living in Detroit in the 1960s. Her latest story collection, "High Crime Area," was released in April 2014.(Photo: Detroit Free Press)


Meanwhile, in Oates' experimental story How I Contemplated the World from the Detroit House of Correction and Began My Life Over Again, first published in 1969, a 16-year-old narrator who lives in the upper-middle-class suburbs bums around Detroit. ("What are you looking for anyway?" asks Clarita, the narrator's friend.) After a traumatic event, her family makes clear that they will — painfully, forcefully — pretend it never happened.

Nowadays, Oates makes her life in New Jersey, where she teaches at Princeton University. She follows contemporary Detroit from a distance, as the city navigates bankruptcy and emergency management. But there was a time when Oates was intimately familiar with the streets of Detroit. She and her husband, Raymond Smith, lived in the city for several years before moving across the bridge to Windsor in 1968, where they stayed for nearly a decade.

"Windsor was a fairly cosmopolitan city in those days," Oates said. She remembers the University of Windsor, where she taught, as having an especially international faculty and student body, and her years there as "very happy and very productive. … It was a time of ambivalent feelings, when we moved to Princeton."

In the final accounting, they "found much to love in the city," Oates said. They were "tireless, enthusiastic walkers, hikers and bicyclists," she said. "Though I worked quite hard, with four courses each semester at U. of Detroit, I seem to have budgeted my time carefully, and used every minute for teaching, writing, reading, living. It seems that I have much more time now."

Indeed, Detroit proved to be the landscape for the first wave of her literary productivity. And she continues to do what she does best — write. Her next novel, titled The Sacrifice, is set in the 1980s in "a fictitious New Jersey city that has endured racial unrest, police violence and protracted discrimination," she said.