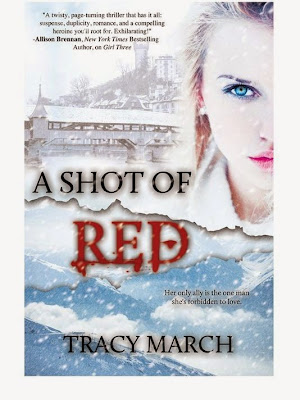 
Today's featured authors: Tracy March, author of A Shot of Red; Erin Duffy, author of On the Rocks; and Teresa Mummert, author of A Song for Us. We're talking favorite vacation destinations (the Bahamas!) and celebrities (Johnny Depp!).

Tracy March, author of A Shot of Red

I love to experience new places, so I'm always up for travel and adventure. Eager for excitement, I've flown in a stunt plane, snowmobiled on the Continental Divide, zip-lined in the Swiss Alps, and been chased by a bull in the mountains of St. Lucia. Fun times in some of my favorite vacation destinations!

• I just adore the craggy Rockies, and the little Western town of Crested Butte — the wildflower capital of Colorado. Surrounded by ranches and bordered by mountain wilderness, the historic little mining town has a storybook main street lined with colorful Victorian buildings, and some awesomely scenic hiking beyond. 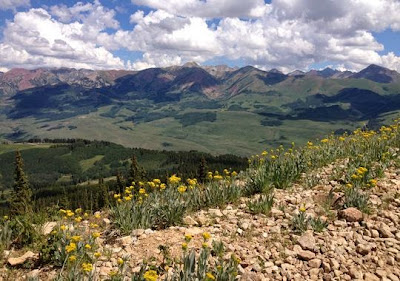 
• As for islands, St. Lucia captivated me with its lush mountains and rainforests. Private coves hide black-sand beaches, and azure waters lap at the shore. It's a picture-perfect place for romance!

• I'm also wild about Switzerland — especially historic Lucerne. Set at the edge of the snowy Alps, countless swans swim in the lake at the center of the city. Covered footbridges festooned with flower boxes span the lake, and clocks housed in Rapunzelesque towers chime every hour.

It's hard not to be romantic about special places, and sometimes I fall hard. Then I want to write books about them. I've got a long list of places, just waiting for their stories!

Here's the blurb about A Shot of Red:

After fleeing D.C. following a one-night stand that had her reeling, biotech company heiress Mia Moncure has thrived working with a humanitarian aid team in Haiti. When the United States is threatened with a flu epidemic, Mia's grandmother demands her return to unveil a new flu vaccine for Moncure Therapeutics. She arrives to find that her ex-boyfriend, the company's PR Director, has died in a suspicious accident in Switzerland that Mia soon suspects was murder.

Determined to reveal a killer, Mia heads to Switzerland where she's threatened as she discovers a plan to infiltrate the vaccine for nefarious purposes. Desperate for backup, she turns to sexy Gio Lorenzo, Communications Director for her mother, a high-ranking senator—and Mia's one-night stand. While negotiating their rocky relationship, they race to uncover a deadly scheme. Millions of people are being vaccinated, and there's more than her family's legacy at stake. Mia and Gio struggle to discover the truth about the scheme and their feelings for each other, but it just might be too late. 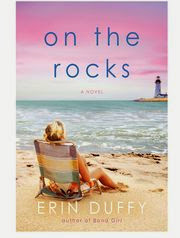 
Erin Duffy, author of On the Rocks

• Montauk, New York. This beach town on the eastern most tip of Long Island is one of my favorite places to go to unwind. It has the same beautiful beaches as the Hamptons with half of the crowds and none of the attitude. There are a million things to do, from fishing to surfing to hiking, and the sunsets are out of this world.

• Harbor Island, Bahamas. This is the place to go if you really want to escape from your everyday life. It's a tiny 3.5-mile-wide island that has pristine pink sand beaches and the clearest water I've ever seen. There's not much going on there, but that's exactly what I love about it. Turn off your cellphone, have a few cocktails, and devour a good book or two. It's heavenly.

• Buenos Aires, Argentina. Amazing nightlife, fantastic food and wine, and insanely good shopping. How can you go wrong? There's nothing not to like about this vibrant South American city. I visited with a bunch of girlfriends a few years ago and we had such a great time, we even took a cooking class to learn how to make empanadas. I'm dying to go back!

Here's the blurb about On the Rocks:

On the Rocks is a heartwarming novel about friendship, family, and finding love in the Facebook age — not to mention the perils, pitfalls and dubious pleasures of being a modern young single woman — from Erin Duffy, the author of Bond Girl. 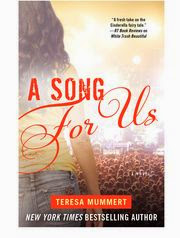 Teresa Mummert, author of A Song for Us

Who are three of my favorite celebrities?

I'm a huge movie fan and try to go to the theater every weekend. My father used to take me all of the time when I was little and that has now become a tradition with my own children.

• One celebrity that I absolutely love is Johnny Depp. He is like a chameleon, and I'm fascinated by how he can take on any role thrown at him and quite convincingly become that person. The latest movie I've seen with him in it was Transcendence, and it was incredible. I couldn't imagine another actor being able to pull off that role.

• Will Ferrell is another favorite. I'll see any movie he is in because his sense of humor is very much like mine and he is also very versatile. He is one of the few actors who can transition from adult humor to more child-appropriate fare in the blink of an eye.

• Jamie Dornan also makes it into my top three favorite celebrities because of his character on The Fall. He plays the part of a serial killer brilliantly. I love getting a glimpse into an emotionally damaged character's mind, especially if it's done so skillfully.

Here's the blurb for A Song For Us:

In this highly anticipated follow-up to White Trash Damaged, Cass and Tucker have finally found their happily ever after, but can Eric, the band's brooding drummer, ever let go of his past and find love?

From a small-town boy with fantasies of superstardom to rock star on tour with the suddenly famous band Damaged, Eric's life has not been an easy journey. Now he struggles to let go of his past of physical abuse, a past that still haunts him. His anger is causing him to spiral out of control and he risks losing everything he has worked so hard for.

Only one person has ever gotten him to open up about his past: Sarah, the lead singer of Filth, the opening act on their first national tour—a fellow rocker with a confident façade that masks her own painful secrets. But their bands' rocky past and Sarah's tumultuous relationship with her bandmate and boyfriend Derek force her to keep Eric at a distance. As their friendship begins to grow into something more, Eric has to find a way to let go of his tortured past, or it could jeopardize his only chance for a happy future…

Find out more at www.teresamummert.com.