(from usatoday.com
by Jessie Potts)

For this Throwback Thursday post, I asked Lynsay Sands (Vampire Most Wanted) and Chloe Neill (Wild Things) about their favorite vamp books and heroes.

Lynsay Sands: I must admit that I love the grumpy types that are crusty with soft gooey centers so … Lucian, of course! (I'm not sure that I should be naming off one of my own characters here, but Lucian Argeneau was the one that came to mind.)

Chloe Neill: Can I say Merit? :) In all seriousness, what a difficult question for an urban fantasy reader! :)

I have several in a list that changes over time, including Acheron from Sherrilyn Kenyon's Dark-Hunters series, Angel from Buffy the Vampire Slayer, and Dmitri from Vampire Academy. Because, *rawr*.

Me: OK, so my book harem is chock full of vampire heroes so I can't really choose just one! My top hotties are Lothaire from the Immortals After Dark series by Kresley Cole (because, daaaaaaaaang, he's hot and a bit crazy). Dimitri from the Vampire Academy series by Richelle Mead (yea, he totally counts!) and Bones from the Night Huntress series by Jeaniene Frost, because he's so tough and isn't scared by a strong woman.

Lynsay: If you're asking about another author's books then I'd have to say J.F. Lewis' Staked and Revamped. I enjoy a good fast-paced, action-packed, humorous story that keeps the readers on their toes and that's exactly what I got with each of his books.

However, if you're asking about my Argeneau series, then my favorite would be either The Accidental Vampire or Under a Vampire Moon. I always enjoy writing the lighter books best because I end up laughing through most of my workday.

Chloe: Oh, that's a hard one, as it changes over time. Right now, probably Shadow Kiss by Richelle Mead, which has some fantastic angst in it. And if I love anything, it's good angst.

Me: Ahhh, again, wayyyyy too many to name, but if I had to just name one, I choose two! … Undead and Unwed because Sink Lair is just too awesome, and I laughed so hard a multitude of times because MaryJanice Davidson is made of magic like that. And Some Girls Bite by Chloe Neill because that book just clicked for me, and Merit is one of my all-time-favorite heroines. The series just keeps staying amazing, and I get giddy every time a new one is released.

Lynsay: What's not to like?! I get to write about some pretty extraordinary characters that are immortal but also very human and therefore full of human foibles just like the rest of us. But the best part is I get to play god and kill off any characters I don't like!

Chloe: Folks are generally familiar with the concept of vampires — who they are and what they do. But since I write urban fantasy, I still get to make the rules. Whether their reflections are visible in mirrors (yep), whether garlic works to repel them (nope), whether aspen stakes are killers (most decidedly yes), and whether invitations are necessary for them to enter a house (only for etiquette purposes).

Me: While I don't write vamp books, I can say my favorite part about reading them is the spice of "more" to the book. You have this contemporary romance and BAM give a guy fangs and a brooding personality and I'm just all over that. I love paranormal books and vampire characters are so strong and indefinably cool. Each author brings their own personality and perspective into the vampire tale!

Jessie Potts, also known as Book Taster, adores books in all forms. She also does reviews for Bitten by Books and RT Book Reviews and is an intern at Entangled Publishing. You can follow her on Twitter (@BookTaster). 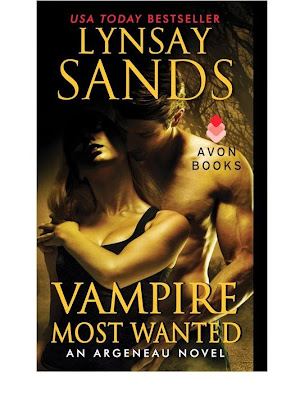 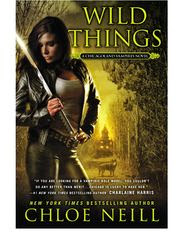