Jane Green On (not awfully) Narrating Her Own Audio Books 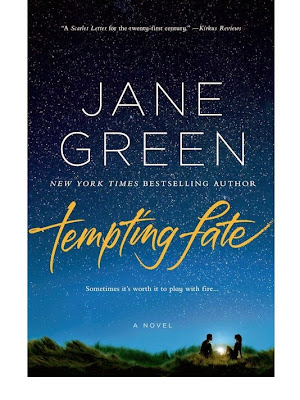 
Jane Green, author of Tempting Fate, shares how she went from simply writing romance to also doing the narration for her own audio books.

Jane: My favorite part of speaking at events has never been the speaking, but the reading of my books.

Years ago, after one of my early events, my agent took me aside and gently told me that one of his greatest pleasures was hearing an author read their own words, and that he would have far preferred to hear what I was reading, which was impossible given the speed at which I read.

My speed reading was down to nerves, and it was a valuable lesson, one I took to heart. I slowed down, and learned to inhabit my words, not just reading them, but feeling them. I changed voices for my characters, learned to live the scenes in my mind as I read; after a few years, people would come up to me after these readings to suggest I read my own audio books.

What a lovely thought, I would tell them, while never getting round to actually asking if I could. Every year I would receive a tape of actresses auditioning to read one of my books, every year I would pick my favorite, never thinking to step in and ask for an alternative solution.

Until the day I did. My editor paused, before sceptically informing me that every author thinks they are good at reading their own books, and most are terrible.

"Could I at least try?" I pleaded. Finally, reluctantly, she agreed.

A woman showed up at my house, lugging in equipment to record my audition. My husband had answered the door; as he showed her in, he told her how excited I was to try out to read my own books.

"Every author thinks she can read her own books," she snapped. "All of them are awful."

It turns out, I wasn't awful. Much to everyone's surprise, I passed the audition, and weeks later found myself sitting in a tiny recording studio in New York City, earphones on my head, water bottles by my side, recording my own books.

The characters were the hardest part. I hadn't prepared the lesser characters, and at one point I found myself having to adopt an Irish accent which I hadn't anticipated, thanking my lucky stars she only had about three lines. I hoped no one would notice.

The audio book came out, as did the reviews. Most were good, however a few questioned why on earth there was an English narrator for a book peopled entirely by an American cast.

Ah, thought I. They have a point. Which was something that could easily be changed, something in fact, over which I had sole power. The next book I wrote — Tempting Fate — featured Gabby, a 43-year-old Englishwoman living in Westport, Connecticut — coincidentally the town in which I live — happily married, even if that marriage has become what she thinks of as "pots and pans."

On a night out with friends, she is flattered when a younger man pays her attention, and flattered further when he proceeds to continue to flirt with her via e-mail. How lovely it is to be noticed, she thinks; how lovely to feel visible at a time in her life when her children no longer need her, when she had assumed no one would ever notice her again.

Gabby is not the sort of woman who would ever have an affair. This is about enjoying a new friendship, nothing more. Until she finds herself teetering on the brink of a midlife crisis she could never have predicted, the outcome of which could change her life.

I set this book in my hometown, with a protagonist who grew up where I grew up. I poured my nostalgia for an England that no longer exists into every page, and my heart into both the writing, and the reading, of this book.

So much of me went into this particular book, the recording of it brought every character and every scene to life. Not all books write themselves, some of them are much harder than others, but Tempting Fate was like watching a movie unfold in my mind, letting the scenes out through my fingers and onto the page.

It was a joy to write, and a gift to get to relive it again by reading it out loud, start to finish, in a dark, cosy, recording studio.

I am often asked what I would be doing if I hadn't become a writer. I have long said I would probably be a chef, or a garden designer, or a decorator, but since recording my own books, there is no doubt in my mind that if the writing doesn't work out, voice work is what I would choose.

Check out a sample of Jane's narration of Tempting Fate at Audible.com.

Find out more about Jane and her books at www.janegreen.com. You can also connect with her on Facebook.
Posted by Mollydee55 at 4:30 AM